A wonderful Doctor. I am very fortunate to have been under his care and benefitted greatly from his surgery and follow up care. Dr. Wachs carefully and compassionately listened to my symptoms, asked probing and thoughtful questions, efficiently ordered tests, accurately diagnosed problems, compassionately reviewed alternative treatments, performed successful surgery and followed up with prescription medications to prevent repeat problems. He also recommended lifestyle changes that have improved my life. And despite a couple of negative YELP reviews of his office staff occurring many years ago, I found everyone currently there helpful, efficient, flexible, professional, kind and… joyous. The office is very busy and Dr. Wachs always has a full schedule of patient visits and surgeries. It is hard to get an initial appointment with him… but it is because he is the best.

My wife and I were having fertility issues and were receiving little guidance from other providers. Prior to taking the route of IVF, I contacted Dr. Wachs for a consultation. Within the first visit Dr. Wachs identified a likely cause and recommended a non-invasive surgery. I appreciated his no-nonsense and straight forward approach rather than going through multiple tests and medications. I ended up receiving the procedure in May and by June my wife and I were pregnant. I couldn't recommend Dr. Wachs enough!

Doctor Wachs is in a league of his own with the highest professional standards I ever experienced. I am writing this as the end result of my treatment from Doctor Wachs is that he utilized minimally invasive surgery to resolve my issue and gave me back my life. He is brilliant, ethical and sincerely cares for the well being of every patient. His staff are top notch as well.

My urologist visit was great. My appointment was scheduled with COVID-19 precautions, so I was able to maintain social distancing without compromising the excellent care I received. I even received a 20% discount just for being his patient!

I always feel well cared for when I have an appointment with Dr. Wachs. His staff is incredibly accommodating, providing me with all the necessary information to stay up to date. I would recommend his practice to anyone that wants top of the line service!

Dr. Wachs and his office are fantastic.  Couldn't of asked for a better experience. Probably the best experience I've  ever had for a medical procedure.

I've known Dr Wachs for many years. He's been treating me as a patient for a few years now. All I can say is that he's well known by other urologists as a very experienced and caring doctor. He's very reasonable in his fees as well. I'm very happy with him as a physician.

I was having chronic problems with urination. I would start getting an urge to urinate and the urgency would develop so rapidly that, even though I would immediately start heading to the restroom to relieve myself, by the time that I got to the restroom, urine would start leaking. But when I got to the toilet, ironically, nothing would come out. I would have to strain, usually for several minutes, and only a small amount of would come out. I would not feel completely relieved, but no matter how much I strained, very little, if any, urine would come out. It was very frustrating to say the least. I started consultation with Dr. Barton Wachs who is a Urologist near where I reside in Long Beach, CA. Dr. Wachs suggested a procedure for me known as Greenlight Laser Abatement and explained that is a procedure used in the treatment of a benign enlargement of the prostate gland resulting in the urethral restriction. Although this procedure can be performed on an outpatient basis in the right in Doctor's office, I have tremendous anxiety of medical procedures in general, and in sensitive areas of the body in particular, so I requested to be fully sedated. The procedure was performed on me as a fully anesthetized outpatient at Memorial Hospital. The results are fantastic. I no longer have any urination problems. Dr. Wachs is a very professional and competent Urologist. I strongly recommended him as a very good doctor. 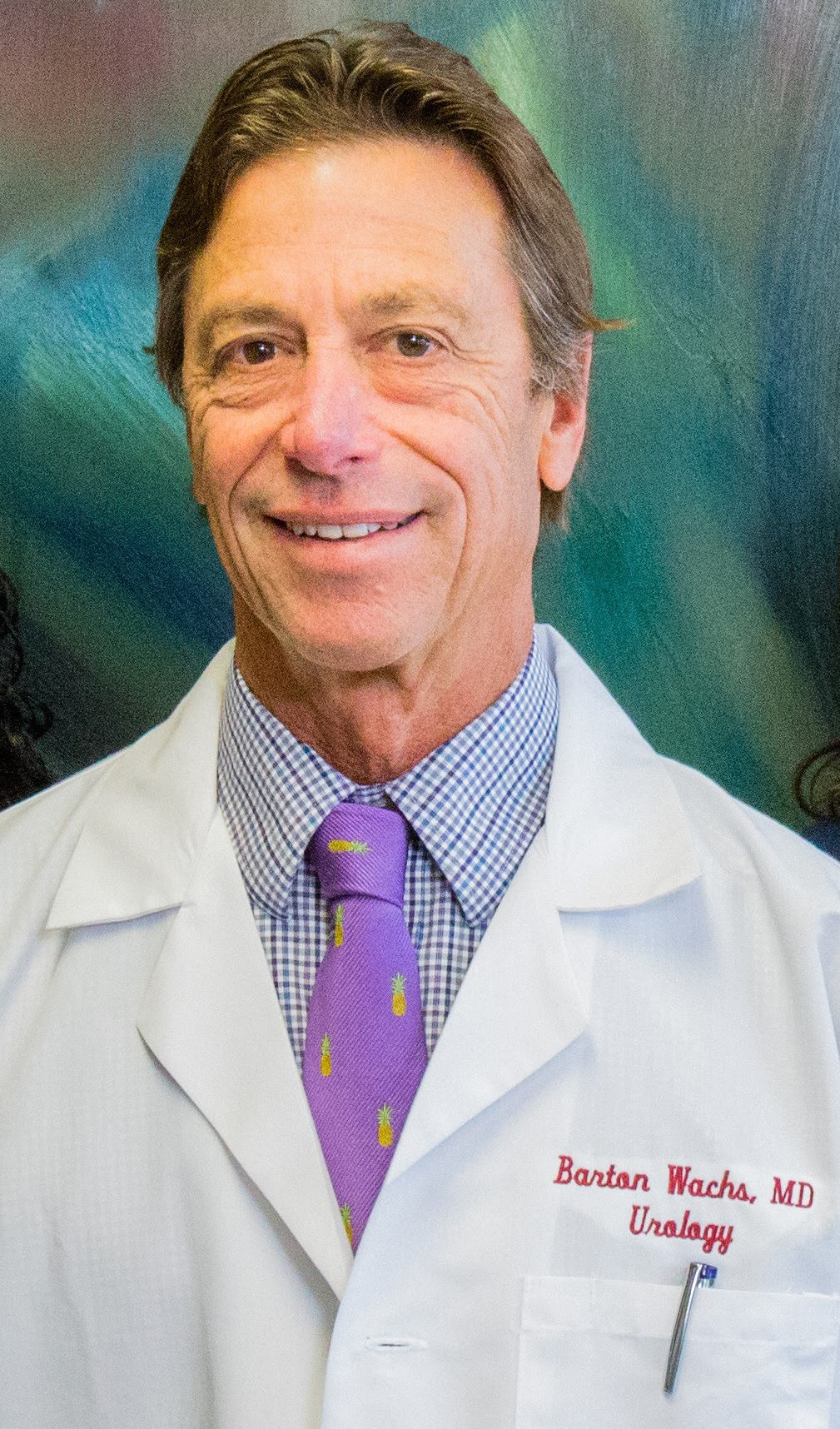